"Catholic bodies across Canada know that this decision will have a huge impact on their publicly and privately funded universities, elementary and high schools and hospitals."

The Supreme Court decision this week on the Trinity Western Law School was a huge victory for human rights in Canada. Of interest to our campaign was how much of your hard-earned Alberta tax money, which should have been spent reducing class sizes, was instead funnelled by Alberta Catholic School Trustees to fight against human rights?

Interveners in the case included Ontario’s Liberal government, which compared Trinity’s covenant to treating LGBTQ persons as Ontario treated Jews 200 years ago by banning non-Christians from the legal profession. Among groups intervening for TWU were the Catholic Civil Rights League, the Canadian Conference of Catholic Bishops, the Evangelical Fellowship of Canada, Association for Reformed Political Action, the Roman Catholic Archdiocese of Vancouver, and the National Coalition of Catholic Trustees Association.

So why were Catholic Trustees so concerned about the court case? We received this letter from former Catholic School Trustee Patricia Grell. This court case could mean the end of Alberta Catholic teachers being forced to sign continuous contracts which include a Catholicity clause:

"A Catholicity clause indicates that the teacher must adhere to the Catholic church’s teachings on sex, marriage, contraception, gender identity, sexual orientation etc. etc.  This clause is becoming a contentious issue amongst Catholic LGBTQ teachers because they believe that in order for them to be able to be positive role models for their LGBTQ students they need to be out, to be known by their students by who they really are so their students can better accept themselves and lower their risk of suicide.  In their view, the Catholicity clause is a means of keeping LGBTQ teachers in the closet which is not healthy for them nor their students.

It is important to note that though Trinity Western University is entirely a privately funded university, it is beholden to BC’s Minister of Advanced Education Skills and Training to be called a university and have degree granting status and must therefore adhere to the laws of our country in regards to discrimination. It is not a privately funded religious entity which operates fully independently of the State and therefore would have the freedom to determine its own membership (I am referring here to the recent SCC decision on the case of Calgarian Randy Wall).The SCC’s decision then, will most certainly impact 100% publicly funded Catholic schools which are imposing a similar covenant-style Catholicity clause on their prospective teachers.

Catholic bodies across Canada know that this decision will have a huge impact on their publicly and privately funded universities, elementary and high schools and hospitals.  It is not surprising to learn then, that the following Catholic entities intervened on behalf of Trinity Western in this court case:  Canadian Conference of Catholic Bishops (CCCB), Alberta Catholic School Trustees Association (ACSTA), the National Coalition of Catholic Trustees Association, the Archdiocese of Vancouver, and the Catholic Civil Rights League.  They knew when they sought intervenor status that this ruling would be a game changer and it is.

This decision in my opinion gives a lot of strength to the proposal that Catholic institutions and schools remove the Catholicity clause in continuous contracts or risk having their accreditation and funding removed.  It would be a step forward for LGBTQ staff rights and a positive step forward for LGBTQ students attending Catholic schools.  The times are changing and our society and our courts are stepping up to protect the most vulnerable amongst us—an endeavour very close to the Gospel message of Jesus, wouldn’t you say?"

We know the Catholicity (or "closet clause") clause contributes to widespread religious discrimination and is the source of human rights complaints in Ontario.

So take action! Share your story with us. Call your MLA. Make a donation and share our petition! 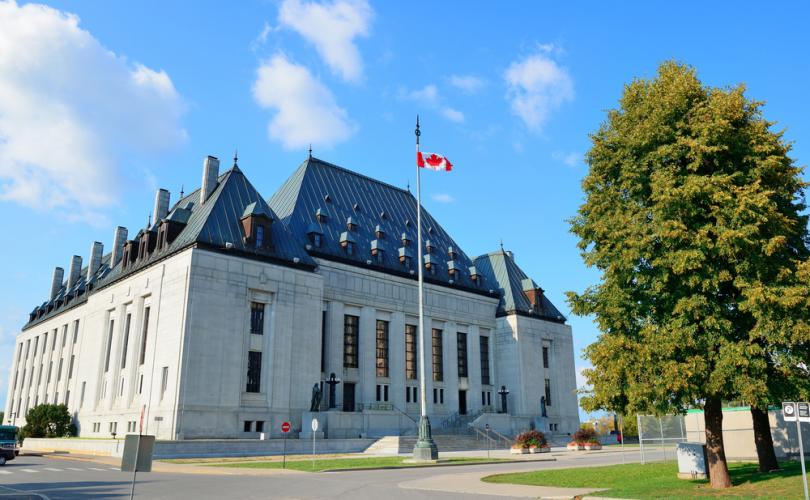