Education Advocates Call for a Moratorium on Catholic School Construction

ourIDEA: Inclusive, Diverse, Education for All

ALBERTA - ourIDEA – a coalition of Albertans proposing the unification of the province’s separate and public school jurisdictions -- believes that the first school built in every new neighbourhood should be a public school. They have launched a call for the provincial government to issue a:

"We invite Albertans to join us in a campaign calling for a referendum on the unification of Public and Catholic school boards. From Milk River to Keg River, and from Lloydminster to Blairmore, it is time for a thoughtful conversation, involving every interested Albertan, about why we duplicate administration and services, and operate under-utilized schools, to preserve a denominational privilege that is out of keeping with current human rights practices and may no longer be relevant.”

SPECIAL EVENT: On November 27th at 7PM, ourIDEA will be hosting a panel discussion and conversation with the audience on the future of Separate School Boards with panelists David King, a former Minister of Education in Alberta, parent advocate Luke Fevin and former Catholic School Trustee Patricia Grell.  Everyone is welcome, and an RSVP is requested – University of Alberta (Telus Building Room 150) (For tickets please visit: www.ouridea.ca/kinglecture)

Quotes from the Saskatchewan case by Justice Layh:

“The Constitution Act, 1867 does not provide a constitutional right to (Catholic) schools in Saskatchewan to receive provincial government funding respecting non(-Catholic) students because (that) is not a denominational right of Catholic schools.”

“Provincial government funding of non-(Catholic) students attending (Catholic) schools is a violation of the state’s duty of religious neutrality under s. 2(a) of the Charter.”

“Provincial government funding of non-(Catholic) students attending (Catholic) schools is a violation of equality rights under s. 15(1) of the Charter.” 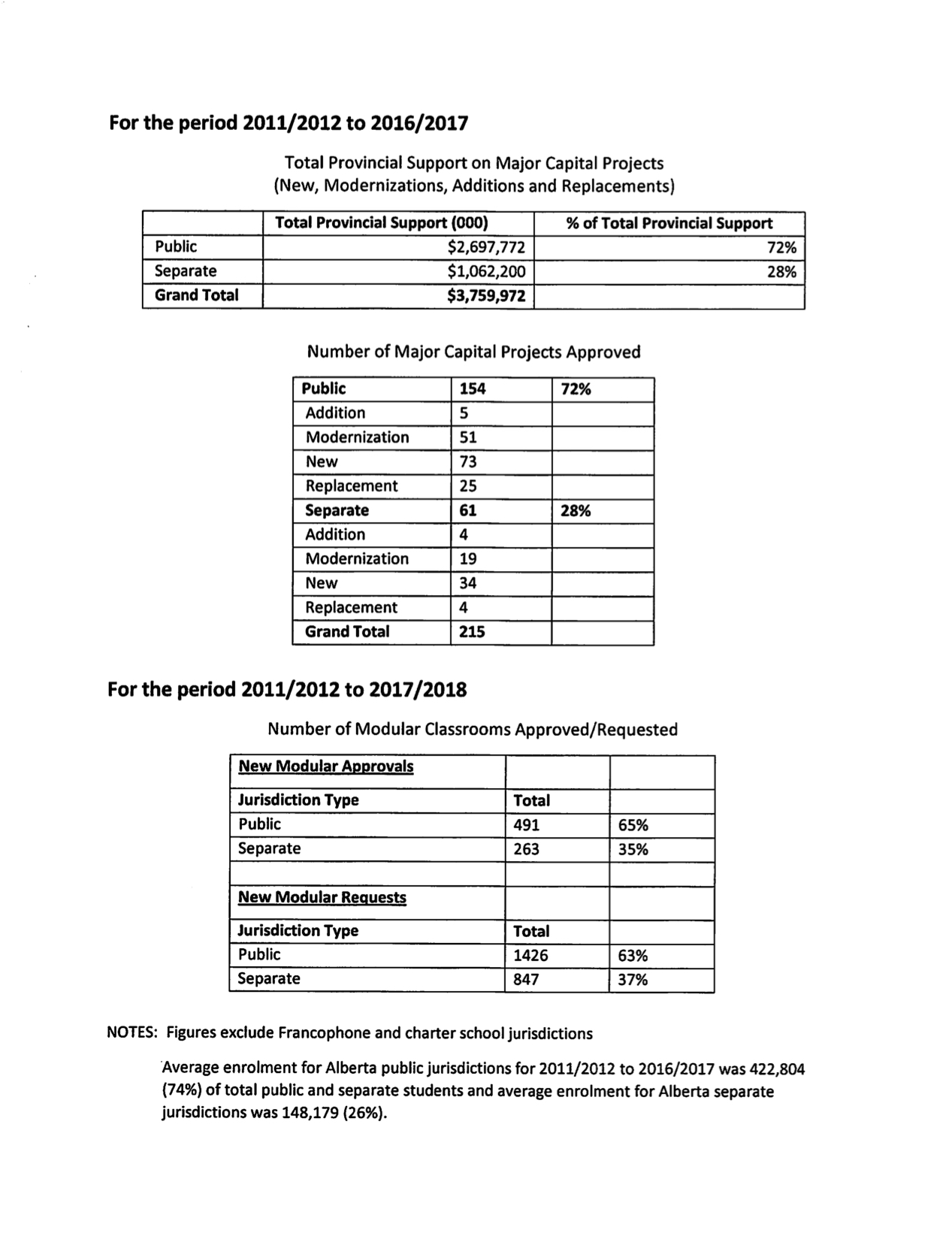